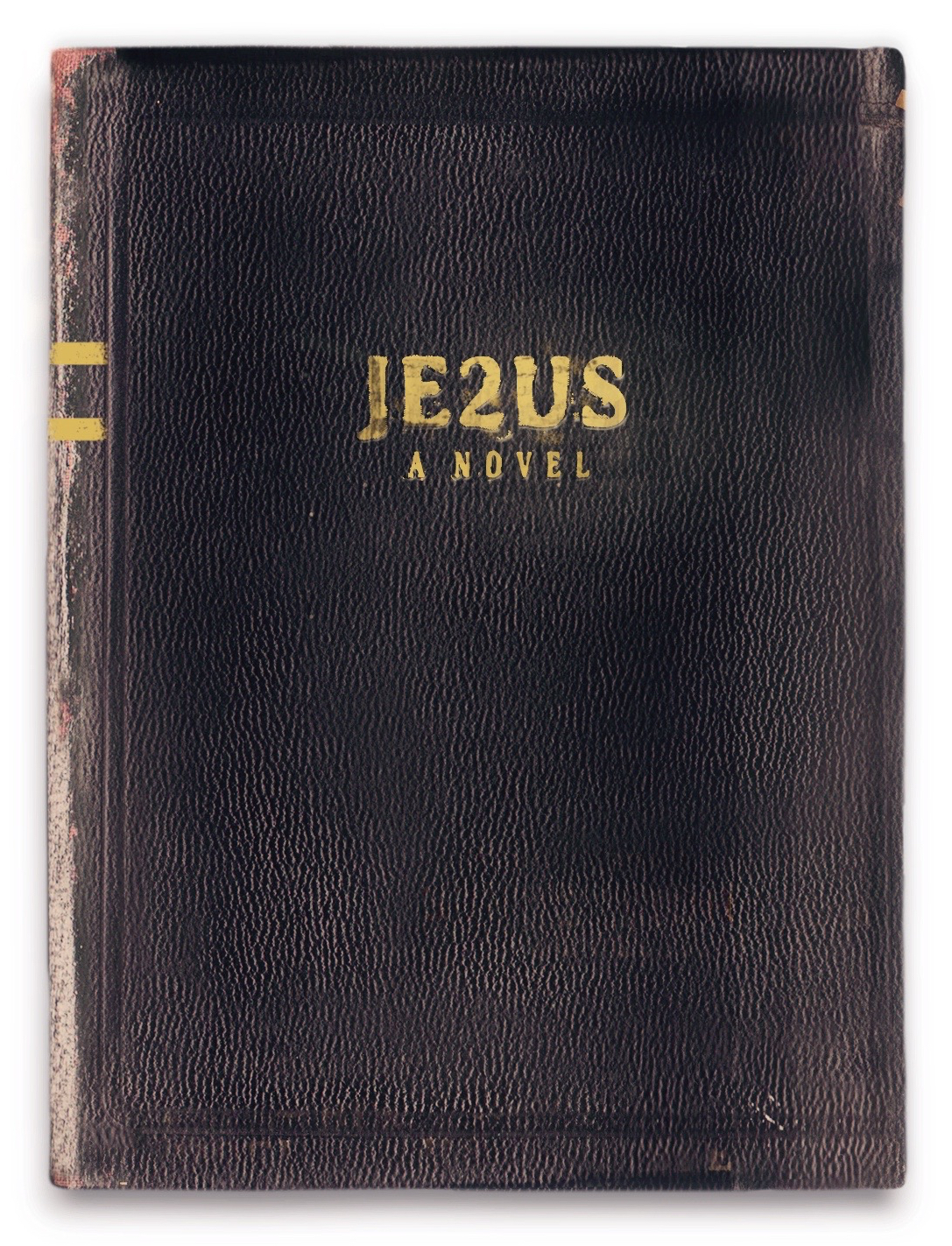 Listen to the Book

If reading isn't your style and you'd prefer to listen to me read the book you can do that on my Youtube channel. The whole book is broken into short videos, chapter by chapter.

Here's the full novel. Enjoy! Your first name and email address are all we require for you to read the entire book right here, online. If you'd like to make a much-appreciated contribution, please click the Donate button to help me fund this ongoing adventure and a wider release of the book. If you'd prefer to download JE2US and read it on your own device you can do so by downloading it as a PDF. Thank you. Here we go.

"Let’s say, hypothetically, that Jesus did not come to earth 2000 years ago, but rather comes now. And he comes here, to the good old US of A, or what America might look like considering the absence of 2000 years of Christianity. Imagine a world with no Catholic or Protestant church, no New Testament, no Pope, no Peter, Paul, or Mary, no Christmas or Easter, no Rembrandt or Bach or Martin Luther or MLK Jr. Then, as if on a two-millennia delinquent cue, Jesus strolls in and shakes the snow globe of our world. Who would he choose as his followers, what stories would he tell, what miracles would he perform, and how would it all end? This Messiah, just like the one of old, stirred the waters of revolution and was again—for the first time—at the center of it all." -Terry Esau

What People Are Saying

"Although this novel is a beautiful and powerful depiction of Jesus, it is not for the religious, nor for those sensitive to strong language. Instead, it is for those of us who seek to see the person of Jesus through different eyes and perspectives and are willing to suspend our sensitivities for a moment. In the world of the marginalized, this Jesus speaks with shocking and welcome clarity."

If you are finding value in what you are reading, please consider making a donation to support the wider release of JE2US.

From small town punk, playing in a garage band with his Fender amp cranked to eleven—stomping on his wah-fuzz pedal, to becoming the Jingle King of Minneapolis, Terry has written and produced thousands of pieces of music for TV commercials…from Target to McDonalds, Pepsi to Perkins, Harleys to Hondas, and Golden Grahams to Billy Graham.

After writing roughly 2000 commercials, scoring films, and writing for TV shows, he decided to take a break from the music biz and tried his hand at writing words. He wrote a book called Blue Collar God/White Collar God. (Thomas Nelson, 2001) He followed that with two more published books, Surprise Me, (Nav Press, 2005) and Be the Surprise (Nav Press, 2008). He recently finished his first novel, JE2US, to be released in 2019.

Terry, a certified bike-o-holic, started a non-profit in 2010 called Free Bikes 4 Kidz (FB4K.org), which has given away over 70,000 bicycles to kids in need, has set the Guinness World Record for most bikes collected in one day, and is now in many cities across the US—soon to be in London and Vancouver. In 2019 Terry is launching a new non-profit that will be giving guitars to underserved kids, Free Guitars 4 Kids (FG4K.org).

Terry lives in Minneapolis, and when he’s not traveling and speaking, or giving away bikes and guitars, he’s hanging out at home with his wife, Mary. But most days you can find him racing down the road on what he calls his ‘carbon-fiber therapist’ wearing the unquenchable grin of a 5-year-old.

This story has probably stirred up a few questions. Or maybe you have some thoughts you'd love to share with me and others. This is your chance. Let's make this a community where we can discuss ideas and learn from each other.

Terry will be frequently engaging in this discussion forum, so feel free to shoot questions his way. To view all discussion topics or add one of your own visit, our Discussion page.